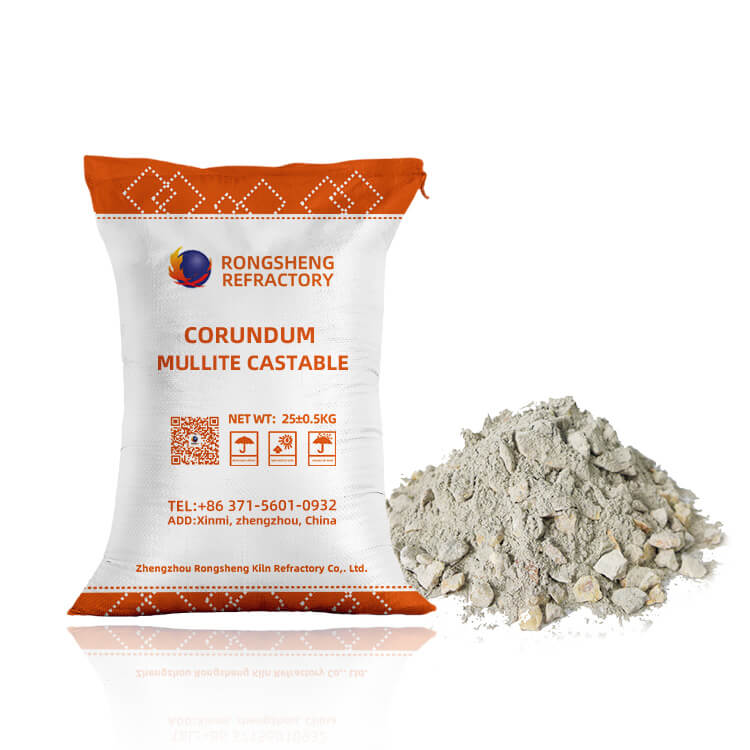 1. The surface temperature level of the sinter material is increased, the high temperature operation time is prolonged to obtain sufficient heat, castable corundum mullite is conducive to the consolidation of the surface powder and the strength and yield of the surface sinter. The current problems of the above methods are: the refractory material of the ignition and holding furnace is seriously washed by the airflow, the service life is short, the construction time of the removal and replacement is long, especially the oven is long.

2. In order to shorten the production stoppage time, researchers combined with the actual situation of production and construction, using a new material — sol combined with corundum mullite castables to replace the traditional mullite castables. The early strength is high, the curing time is short, and the production can be resumed simply by baking, castable corundum mullite greatly shortens the construction period and achieves good economic results.